With offices in London & New York, Robert Gilder & Co. is an established international artist management company that services a roster of sought-after conductors, world-class singers and highly skilled instrumentalists. The team of dedicated artist managers and associates that make up Robert Gilder & Co. work in close partnership with its artists to provide specialized professional development at all levels of their careers.

Robert Gilder (Managing Director) has been at the forefront of international artist management for over 20 years. After studies at Durham University in the UK, Robert Gilder worked for English National Opera and the Festival of Music in Great Irish Houses before entering the world of artist management in 1982. Robert Gilder & Co now has offices in London, New York and Skopje (Macedonia) and manages a roster of singers, conductors, directors and instrumentalists who are in worldwide demand. The list of distinguished artists with whom he has collaborated includes Yehudi Menuhin, Arnaldo Cohen, Vladimir Fedoseyev, Ruth Falcon, Joyce Castle, Galina Gorchakova, and Deborah Voigt to name a select few.  Aside from this, he has also been responsible for the training and mentoring of a new generation of artist managers.  In recent years Robert Gilder has been selected as a jurist of several of the world’s leading vocal competitions including Verviers,  the ‘Maria Callas Vocal Competition’ in São Paulo, Brazil and the “Competizione dell’Opera” in Dresden. He is frequently asked to give guest masterclasses and workshops to Young Artist Programs on artist development and career management.  Robert Gilder is the recipient of the 2009 Patrick Hayes Award at the New York ISPA Congress.

Samuel Krum (Senior Artist Manager)  was born in Melbourne, Australia. Early studies in Piano and Percussion led to placement in the Victorian College of the Arts Opera Studio, where he was awarded the Harold Fisher Opera Scholarship. Samuel has performed at the National Gallery of Victoria, BMW Edge Theatre; Federation Square, the Sydney Opera House, Hamer Hall; Crown Casino, and Olympic Park; Melbourne. While in Australia, Samuel worked on the Australian premiere of Ullman’s Der Kaiser von Atlantis as assistant director to Caroline Stacey, before directing and writing Finding Farinelli, a theatre piece exploring the history of the Italian castrati for the Daylesford Swiss Italian Festival. Samuel’s last work in Australia was as creator/performer in Wasted Underground for Tashmadada, a cabaret-opera pairing Schoenberg’s Pierrot Lunaire with music of Weill, Hollaender and Spolianski. After relocating to Europe, Samuel worked at Vienna’s Drachengasse Theater as associate-director and co-writer on My Year Without Sex, directed by Beverly Blankenship, since revived on London’s West End, and toured to the Melbourne Comedy and Adelaide Cabaret Festivals. Samuel worked at Target Live with Guy Chapman as Promotional Director for the Verbier Festival, as well as numerous West End shows including Cabaret, Blood Brothers, Elaine Stritch; At Liberty, Chita Rivera Live at the Shaw, and Golda’s Balcony. Samuel has been a jurist for the Competizione dell’Opera and the Concorso Lirico Internazionale “Simone Alaimo-Il BelCanto” and given Performance Masterclasses in London, New York, Melbourne and Dublin. 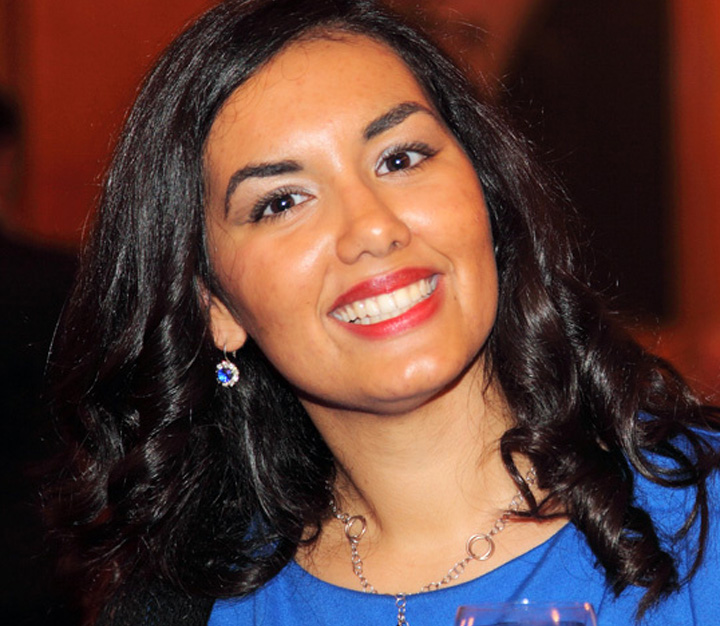 Ambra Sorrentino (Consultant) is an Italian harpist and a cultural manager for performing arts. She graduated with the highest mark in music dramaturgie from the Salerno University with a thesis on Donizetti’s Maria Stuarda. In July 2013 she concluded her Master degree in Economics and management of cultural heritage and performing arts at the Università Cattolica del Sacro Cuore in Milan with a final dissertation on International Management of opera theatres. In October 2014 she took a Harp master diploma at Conservatorio di Musica “G.Martucci” in Salerno, with Maestro Lucia Di Sapio. She also studied musical composition with the internationally renowned Maestro Lucia Ronchetti and improved her musical skills under the guidance of Emmanuel Ceysson and Julien Marcou (Opéra de Paris), Elisabeth Fontan-Binoche, Park Stickney (Jazz harp), Sara Simari, Luc Bergè, Georg Beckmann, Monika Frohlich, Martin Loritz, Mayumi Kamata, Karin Wolf (chamber music). As a  manager, she worked for Teatro San Carlo in Naples, Fondazione Festival Pucciniano Torre del Lago, Ravello Festival, Oper Leipzig.  She has been general manager of the European Opera Days 2014- Naples. As president and general manager of the youth musical association Guild of Troubadours of the lost harp, she has organized several concerts, musical seasons and events, among which the International masterclass with Henning Ruhe and Tobias Truniger (Opernstudio Bayerische Staatsoper Munchen), the opera masterclass with the tenor Luca Canonici, the seminar Opera Today: what is left, what is changed, how we can preserve, broadcast and love it. Her main studies and research on performing arts are: An analysis on the 57th Puccini Festival management (2012/13), Teatro San Carlo’s workshops in relation to cultural tourism in Naples (2012), Padre Cicogna, critical study and analisys of De Filippo-Piovani drama (2010-11), The character of Arlecchino in the Italian opera theatre.